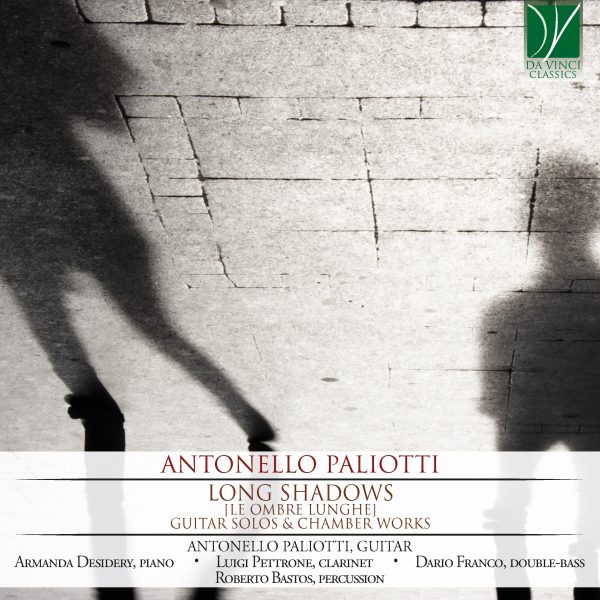 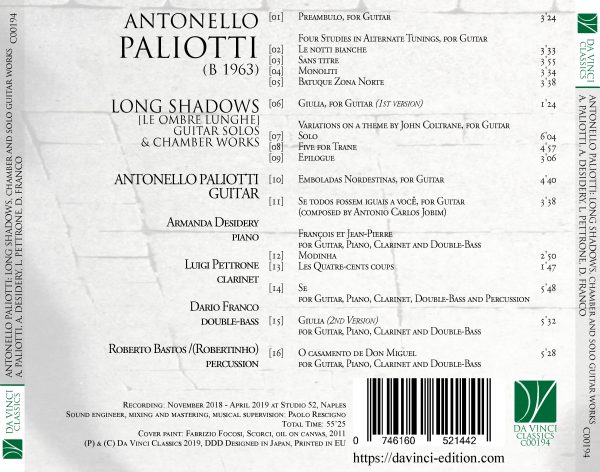 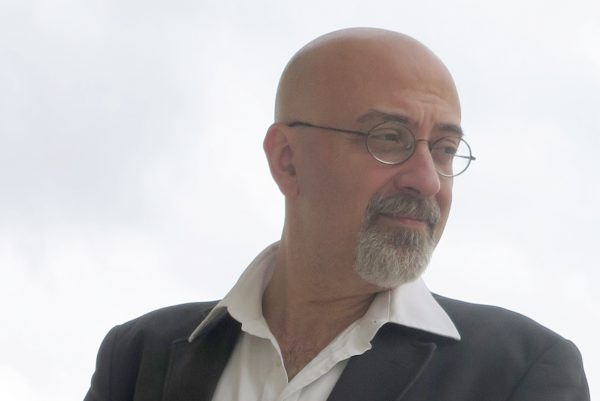 “Le Ombre Lunghe” (”Long Shadows”) is a record for afternoons. Not for twilight, but for afternoons.
The music on this record is well-contemplated; I would invite you to listen to it more than once, several times, perhaps at an empty stomach and from the room next door, so that chance gets a chance.
For several reasons, this is a double work: it stems from my long experience in working on music from the oral tradition and on how cultivation may corrupt it;
you will find music conceived for myself and executed, in fact, just by me, but also a number of pieces for ensemble, made up of carefully chosen musicians and improvisers;
the music is abstract, but at the same time it has been conceived around images or visions;
and in the end, some of it, I would like to listen to again and, perhaps even, re-write, sooner or later…

ANTONELLO PALIOTTI: Started working with Roberto De Simone as conductor and composer on productions including : "Le tarantelle del rimorso","Populorum Progressio", "Li Turchi viaggiano" (published on CD in 2003), "L'Opera dei Centosedici" etc. In 1995 he wrote "Canto della possibilità di sopravvivere" for the saxophone of Michael Brecker and orchestra. Between 1999 and 2001, Paliotti conceived a series of compositions for the "Solisti del Teatro San Carlo", which were subsequently collected in a CD produced in 2006, entitled "Musica Obliqua". Next, in 2001, came "Tarantella storta", a cd that won Paliotti an award in Germany and two in France. The concert with this repertoire visited 15 European countries and was broadcasted by Hessischer Rundfunk in 2002.
For the 2004 edition of the "Leuciana Festival" he wrote the theatre play in music "Coppola Rossa" that led to the 2006 CD of the same name. In the same year, the Benetton Foundation commissioned a work that bore the name “Le Forme di Dioniso”. It was performed by the Quartetto Borciani at the Treviso “Palazzo Bomben”. In 2007 he wrote the “Variazioni concertanti” for solos and large orchestra, after Carlo d’Angiò, first executed in Naples, the same year, at the Teatro Mediterraneo. In the same year the Spanish tenor Joaquin Pixan commissioned the cd “Musica entre canto, musica e poesia”, with Paliotti’s originals compositions and arrangements for a quartet of musician by the Opera di Madrid and the pianist Giovanni Auletta. In 2011 he wrote “Concert du Printemps” for two mandolins and orchestra, commissioned by the Festival “Mandolines de Lunel” (France) and executed by Hamilton de Holanda & Mike Marshall. Still at the Lunel Festival, in 2014 he presented "Nei mari della luna”for two mandolins and a large orchestra. From 2016 he collaborates with Marco Beasley with whom he recorded, in duo, the CD "Catari ', Maggio, l'Ammore" (2017). He has realized over fifty records, the most relevant ones of which include: "Condannati a vagare sui mari", of 1996, featuring the first recordings of several of Schönberg’s “Brettl-Lieder”, and “La montagna fredda” (2004) containing an eclectic mixture of own compositions, and improvisations on themes taken from the classical Neapolitan tradition. Other partnerhips include: Cinema: Roman Coppola, Georg Brintrup, John Turturro, Pappi Corsicato, Antonio Capuano and others. Theatre: Mariano Rigillo, Moni Ovadia, Maurizio Scaparro, Cloris Brosca, Michele Monetta, Alessandro Haber, Ettore Massarese and others.
As well as: Opera de Lyon, Teatro San Carlo, Art Ensemble of Chicago, I Zezi, ZDF-Artè, Raisat, Torino-Settembre Musica, Piccolo Teatro di Milano, Associazione Scarlatti, Eugenio Bennato and many others.