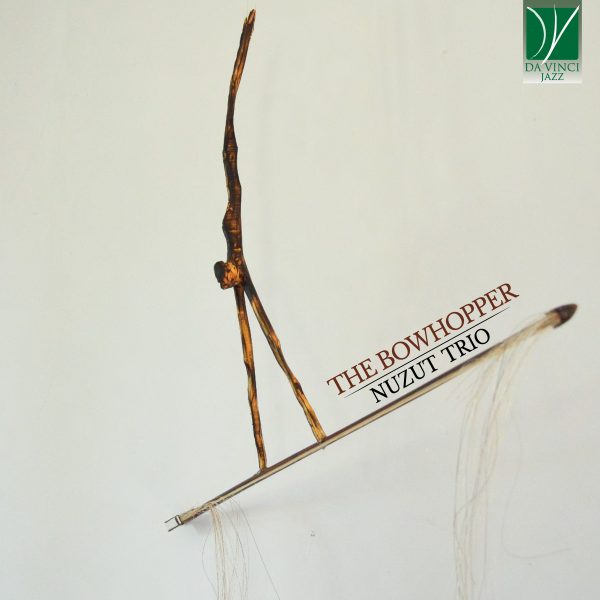 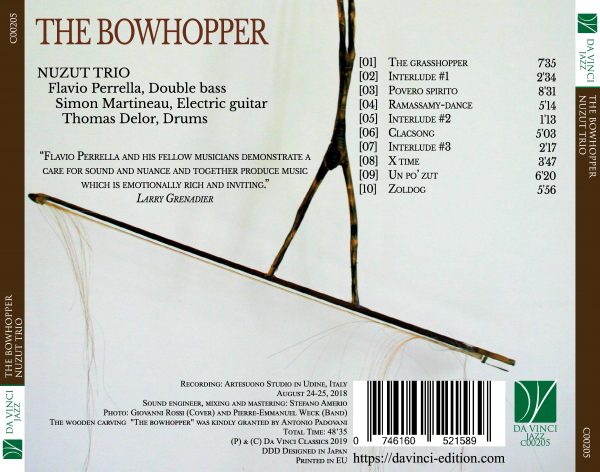 Bowhopper is a storyteller, it’s about a decade in which my music defines a random colour of my mind. I see this album as an acrobat who improvises above a bow and he absolutely needs a good ground to fall down the better he could. I could release a more tangible direction thanks to Simon and Thomas and finally the outcome could be named jazz, actually everybody can find in it whatever he wants.

I dedicate this first work to my father, Piero.

Flavio Perrella is an italian double bass player. From the early age he developed a passion for the both classical and jazz music, playing at the same time with symphonic orchestras, modern and hard bop jazz combos and free improvisation projects. He always tries to keep an important regard for these trhee aspects of music, looking for one way to express all of them constantly. From 2009 he lives in Paris where he regularly performs with his projects as leader and sideman.

Simon Martineau is a French guitarist from Pays de Loire who lives in Paris since 2006. He has been active on the French jazz scene and regularly performs in various clubs and festivals, leading his own group as well as participating to others as a sideman. Sometimes dissonant and tricky, his guitar playing is animated by a constant searching for simplicity, with an ever-present sense of melody.

Born in Nice, Thomas Delor began drumming at the age of 8. Self-taught drummer, his taste for playing in small bands developed as a means to approach the instrument both rhythmically and diatonically. “I would like to break the rule that the drums only functions are rhythm and tempo, as it is taught in France...Nowadays, I believe the drums should be as integral to the melody as any other instrument”.