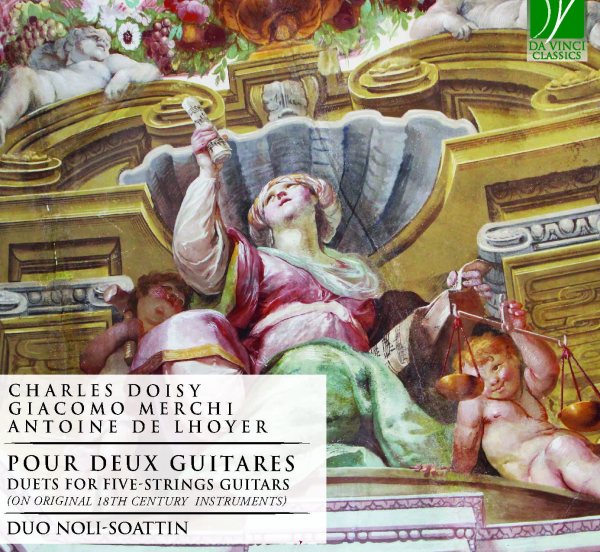 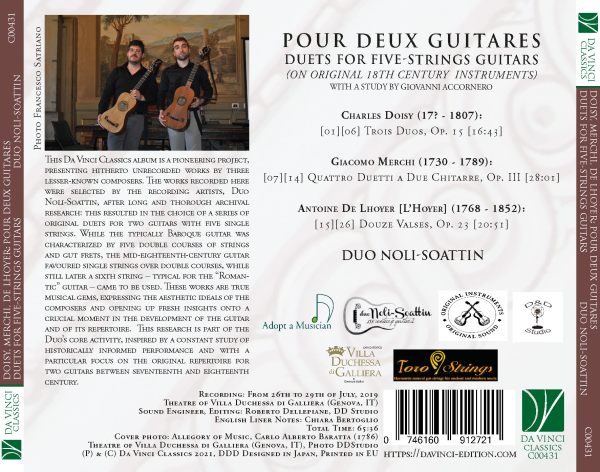 Jean-Nicolas Lambert was one of the most representative of the great Parisian luthiers of the second half of the eighteenth century. He began his career in about 1730 in Paris, where the making of plucked and bowed stringed instruments was a lively business. Lambert’s workshop opened to the public with a wealth of attractive offerings, ranging from 5-course guitars to those with 5, and subsequently 6-single string, from mandolins to cisters and hurdy-gurdies, from violins to violas and from quintons to cellos and double basses. After Lambert’s death, in 1759, his widow Anne-Charlotte Caron continued his work with enthusiasm, commitment and dedication, supported by a number of collaborators who had decided to remain in the workshop under her. She very quickly became in all ways an excellent luthier. The workshop continued making the same bowed and plucked instruments, keeping up the same standard of quality, and using the same models, forms, designs and selected woods, until 1790 when the business closed. Jean-Nicolas Lambert was undoubtedly a multi-faceted instrument maker, open to the world of musicians of the time, to their art and their works, always ready to listen to his customers’ desires and needs, and responding to their requests with instruments of all types. These ranged from the most sumptuous and highly decorated, in mother of pearl, tortoise shell, ivory and ebony, enriched with highly elaborate parchment rose – destined for the most demanding aristocracy – to those that were aesthetically simpler but no less interesting from the sonorous standpoint. Many of his instruments were branded Lambert/a Paris, as is the case of the 5-single string guitar in this profile.
The instrument, original in all its principal parts, is very well conserved. It was made in about 1770, within the short interval of time during which the transformation occurred from 5- to 6-single strings. It is one of the very few specimens that have come down to us of an instrument with 5-single strings. Unfortunately, over the centuries, most of the already rare 5-single-string guitars underwent irreversible transformations, adding a sixth string by replacing the bridge, and often modifying the length of the neck and transforming the pegbox.
The soundboard is made of two parts of spruce of specular cut of excellent quality, characterized by regular, medium grain. The rose decorating the sound-hole is typical of the production of Lambert’s workshop, and consists of alternating concentric rings of ebony and maple purfling, with an imposing central band of ebony. The bridge, of ebony, is decorated at either side by floral ebony motifs, frequently found upon Lambert’s instruments.
The purfling around the outer edges of the instrument is in ebony. On the centre joint of the soundboard, at the bottom alongside the joint of the purfling edging, stands the typical brand Lambert/a Paris.
The back is made in two parts of maple characterized by a rather wide and vigorous flame, set horizontally to the central joint, which is highlighted by ebony purfling. The sides are of maple similar to that of the back. The neck, whose gut frets are knotted, the fingerboard and the pegbox – for aesthetic reasons bearing six pegs – are veneered with ebony. The varnish, which covers the instrument’s back and sides is of a warm orange color over a luminous base.

We currently have scanty information on the luthier Ory, whose biography is still largely incomplete. He was an important maker of plucked stringed instruments who worked in Paris between about 1780 and 1820 and is today chiefly known for his excellent production of 5-course, and those with 5 or 6 single string guitars. From the labels inside his guitars, we learn that his workshop was situated in Rue neuve S, Eustache, n°. 56 – a street that may be seen on maps of Paris from 1760 to 1771 – and later in Rue des Petits Carreaux, n. 12.
Ory also worked as a guitar maker on others’ behalf, building many instruments. Among these, the famous guitar that belonged to Niccolò Paganini stands out: it was made for the Parisian violin maker and dealer Jean Gabriel Koelliker. The printed label, placed inside the sound box, runs: Koliker, luthier, carrefour de Buffy [printed] / a paris [hand-written]. Inside the sound box, in the area of the bridge, the maker has written in pencil: Ory, Luthier rue des / Petits Careaux [sic] n. 12 / 1797. It was normal for a luthier to sell some of their production of instruments to dealers, delivering them without a label but signing them inside the sound box.
Like Lambert, Ory too tried to improve and modernize his instruments although, in most of his guitars, some aesthetic and construction references, typical of eighteenth-century guitars, are still present. These include the long and narrow model of the sound box, the floral decorations at the sides of the bridge, and the fretting, comprising frets gut knotted around the neck. Nevertheless, his guitars are fitted with a bridge that is innovative for its time, in which the strings pass through holes piercing both bridge and soundboard, and are then fixed in place with the help of ebony and mother-of-pearl pins.
The guitar described here is authentic in all of its principal parts, and shows the many typical characteristics of Ory’s work. Internally, on the back, the guitar bears a label reading: ORY, Luthier, / Rue neuve S. Eustache, n° 56 / A Paris.
The soundboard is made of a single piece of spruce with somewhat irregular annual ring spacing, wide on the side of the bass strings and narrower towards the high notes. The rose decorating the sound-hole comprises an alternating series of concentric purfling in ebony and maple, with a marked central band of ebony. The bridge, of ebony, is decorated at the sides by floral motifs of the same wood. The purfling around the outer edges of the instrument is of ebony.
The back, made of two pieces of maple, is characterized by a rather narrow, irregular flames running horizontally to the central joint, which is marked by a strip of ebony purfling. The sides are of maple, less flamed than that of the back. The neck, whose gut frets are knotted, the pegbox – which like the Lambert instrument has six pegs – and the fingerboard are veneered with ebony. The varnish, which covers the back and sides, is orange in color over a brownish yellow base.

Duo Noli Soattin: The DUO NOLI-SOATTIN is an Italian guitar-duo formed in 2011. Roberto Noli and Luca Soattin received their degree in guitar and music from the Conservatorio di Musica “Niccolò Paganini” of Genoa (Italy) with Pino and Federico Briasco. Thereafter, they specialized in 19th century guitar and chamber music with Claudio Maccari and Paolo Pugliese at the Department of Early Music of the International Academy of Music “Claudio Abbado” in Milan (Italy). The DUO gave concerts in Italy, France, Germany, United Kingdom, Denmark and Faroe Islands, becoming soon one of the leading ensembles, which have rediscovered and brought to the audience the transition guitar repertoire of the period between the 18th and 19th century. Thanks to the rediscovery and performance of this repertoire, the DUO has given lectures on iconography and historical informed performance at the Department of Musicology and Cultural Heritage of the University of Pavia/Cremona (Italy). Beyond this specific musical period, the DUO has launched the project "original instruments | original sound", revolving around the performance of pre-romantic and romantic repertoire for guitar duo on authentic instruments. Roberto Noli and Luca Soattin play original early 19th century instruments mounted with gut and coated-silk strings. The DUO boasts among its collection rare guitars such as: “Paolo Castello fecit Genuæ anno 1804”, “Jens Nielsen Gade, Kjöbenhavn 1816”, “Gaetano Guadagnini, Torino 1836”, “Franz Heinrich Schmidt, Wien 1848” (terz-guitar),“Pfaffer Eitner, Berlin” (19th century), “Francisco De Paul, Buenos Aires” (late 19th century).